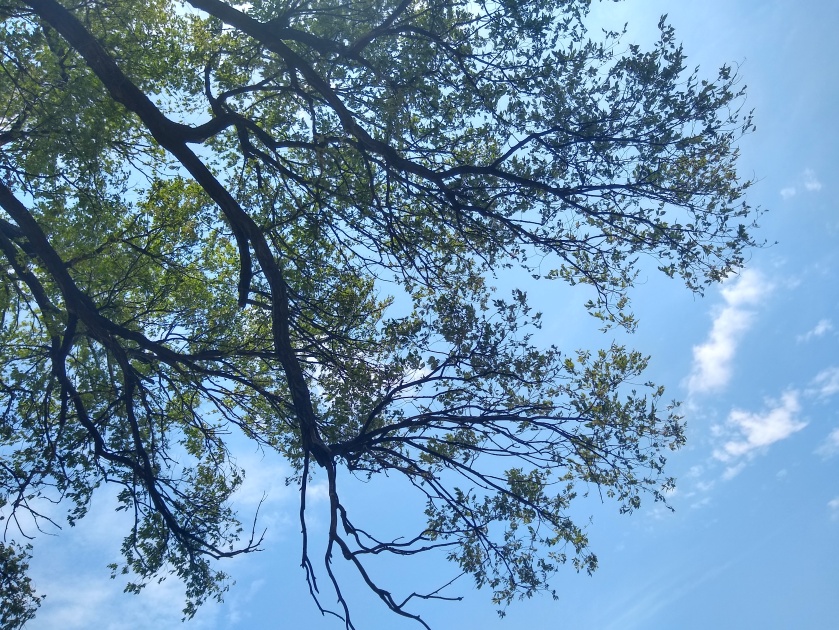 Heyyyy guysssss…. Yeah, I took a trip to West Texas the week before this then just didn’t write about it. If I decide to write about it it’ll be a Friday Thoughts and Past post. Basically I spent time with my old college friends that I hadn’t seen in over a year (since I graduated university). I stayed with Sherri, but on Monday she had to go to work, so I went to the park with Mariah and her fiance, Richard. There were too many children to have fun on the playground, so we ended up just walking around. I got some nice pictures by laying on the grass. Haha, Mariah then picked everything out of my hair and clothes as we walked.

When Sherri got home from work, she and I played Sims before making a quick spaghetti dinner and watching a few episodes of The Office. I’d never seen the show, so I was a bit lost, but it was cool. It was nice to have some down time with Sherri as she’s usually the kind to invite me to parties and other outings, haha.

Time to head back home. :< The weekend wasn’t enough to catch up with my old friends. I had the opportunity to move in with Sherri, but I told her no. 😦 I’m not as brave as I once was. I don’t want any more adventures for a while. I just want to pass my licensure exam and then worry about getting a good job and money. I also have a sense of responsibility for my family and feel I’ve been running away from them long enough. Either way, I told her no, even though I am still considering moving down there so I won’t lead her on if I decide not to. Maybe I’m just leading myself on.

Mariah drove on the way back, so I was in charge of the navigation and music! 😀 We played so many music games that the hours just flew by! Our last game was an ABC game according to artist names. To make it harder, the song titles also followed the ABC format! XD It was interesting. We pulled up to my house while listening to Puff Daddy. XD

Wednesday, July 24th- Not Feeling It

I missed swim practice on Monday since I wasn’t in town and I didn’t run or bike all weekend either, but on Tuesday I was oddly energized. Today? Nah. I was so tired and over it. But I went to swim lessons anyway. That’s a big reason why I decided to take lessons even though I already know how to swim. I am terrible at self motivation.

I still wasn’t feeling it. Didn’t run or bike either. But I went to my final swim class and took a final dive with one of my classmates. All of the ladies in the class are about 20 years or older than me, but they were nice and charismatic. I’ll miss them.

I think I just watched The Office today. X) Yeah, I started watching it from the beginning. It’s super cringe and I almost stopped watching it because of that, but then it became tolerable, and now I’m caught up to the episodes I watched with Sherri, haha.

Yep, nothing else that exciting. I’ve essentially given up on studying at this point. I figure I’ll start when I’m in Mexico and have nothing else to do. I’ve also given up on running, biking, and swimming until I get back from Mexico. I’ll exercise at home in Mexico instead.

In the evening my mom noticed we needed more dog food, so we went to get that. Our dog Misty will be watched over by one of our neighbors (my best friend Lyza’s family) and our turtle, Frankie is currently on vacation herself with Mariah. She did me the favor of taking care of her until we return to Texas. 🙂 She sends me photos periodically which make me super happy.

Finally this trip! It’s the reason I’ve accepted being a lazy freeloader for the past three weeks. Didn’t want to get a job and have to explain that I needed two weeks off right off the bat for vacation! Also…yeah I am naturally lazy… Anyway! Finally! Because of the whole moving to Puerto Rico thing for a year last summer, it’s been two years since I’ve been to Mexico. I’m excited and not.

I’m excited to see my favorite aunt and her kids, but a lot has changed. Her eldest daughter is married and pregnant, no longer living at home, her son is also out of the house, and her youngest daughter is still at home, but has a child of her own. Things are very different from two years ago when the eldest had just moved out.

What I’m really wary about is going to my father’s house in Mexico. It’s usually a safe haven for me that I love coming to to forget the stress of everyday life. It’s in a tiny town far away from everything and usually it’s just me and my dad, so while my dad spends time with his brother all day I get much appreciated alone time. Not this year. This year my mom and brother are coming with us. They don’t like the little town as much as my dad and I do, so they don’t visit every year. I sound like a jerk, but I like being alone… *sigh, not this year.

*Potential cabin fever being in a little house in an even smaller town with all of my immediate family.

*Spending time with my favorite aunt and her grown up children.

*I go to a Mexican dermatologist? I guess

*The Fair is in town! How do I always make it on time for that? I don’t plan it!

P.S. The internet (first year it’s available in our little house in rural Mexico) is super spotty. It took more than an hour to just get this post published after I finished writing it.